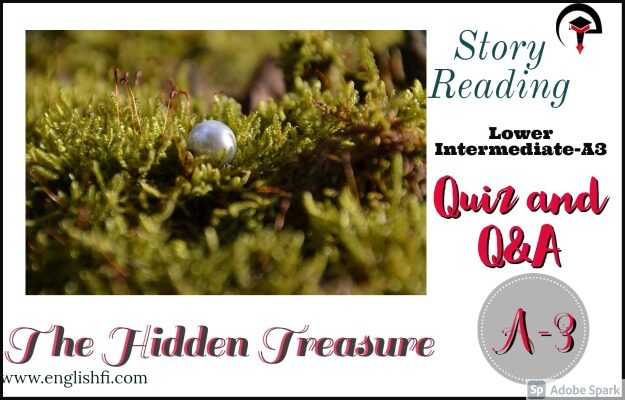 Once, there was an old man who had four sons. All four of them were very lazy.

One day, the old man fell sick and was counting his last days in bed. He worried a lot about his sons’ future as the young men hesitated a lot to work. The sons believed that luck would favour them.

The old man’s health deteriorated every day and he decided to talk to his sons about their future. However, his sons did not listen to him.

Finally, the old man decided to play a trick to let his sons realize the importance of work. He called all his sons and let them sit near him on his bed. He said that he had a treasure box with gold coins and expensive gems for them and wanted to share the treasure equally among the four of them.

Even though the lazy young sons were happy, they were sad that the old man had forgotten the place where the treasure was hidden. After a few days, the old man died. The sons decided to dig the land to find the treasure box.

They worked very hard and dug their land. They could not find any treasure box in the land. Finally, they decided to dig a spot in their land that was a bit different from the rest of the area. The sons believed that the treasure was buried in that spot. They dug the specific spot deeply, but got nothing but water.

A passerby who noticed the land and the water flowing from the spot talked to the sons about farming. Upon his advice, the four sons sowed vegetable seeds, and planted greens and flowering plants in their land. Since the land was very fertile with abundant water, within a few weeks, it became a fertile garden with nutritious vegetables and greens. The four sons sold the vegetables at a good price and earned a good amount of money.

Then they realized that it was hard work that was referred to as ‘Treasure Box’ by their father. Gradually, the four sons overcame their laziness, worked hard, earned more money and lived happily.