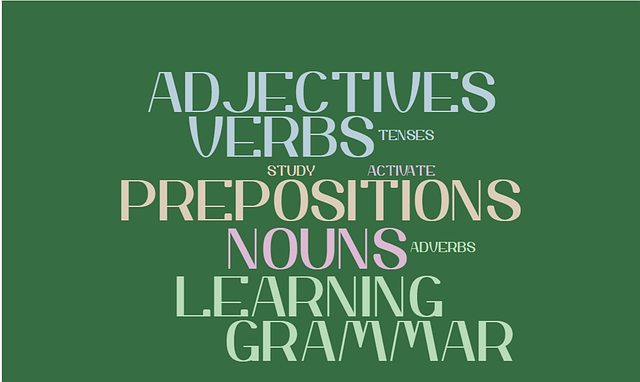 Concord means a harmonious relationship between two grammatical items of all the types of concord the most important is the concord of number and person between the subject and the verb.

In English the concord system is simple. In some languages, for example, Hind and Urdu, a verb has not only to agree with the number and person of the subject but also with the gender. In English, a verb is not affected by the gender system ar all because it has the same form for both masculine and feminine subjects. Further, subject-verb concord in English is restricted to simple present tense.

In Hindi and Urdu, a verb has very often to agree with the number and gender of the object as well. In English, there is nothing like object-verb concord.

In short, the singular form of a verb is only for the third person singular and the plural form for the rest.

Concord of number/person in past/future tense

The past forms of verbs (except verb be) are invariable. There is no visible concord of number/person between the subject and the verb:

Modal auxiliaries don’t show number and person concord because their forms are invariable in all tenses:

Marginal auxiliaries/semi-modal auxiliaries need and dare in the negative form, and used to don’t have number and person concord:

Note: need and dare in the affirmative do have number and person concord:

Adverb clause of improbable condition
A singular subjectakes a plural verb were in a clause expressing an improbable
condition:

Adverb clause of manner (as it/as though)

A singular subject usually takes a plural verb were in a clause expressing manner
(as it/as though + clause):

Unfulfilled wish in present future
A singular subject takes a plural verb were in a clause expressing an unfulfilled
wish:

The principle of grammatical concord states that the subject must agree with the verb. When the subject is a complex noun phrase, it is the number of the head noun of the noun phrase that determines the form of the verb:

a number of ,most of,a good/great deal of ,much/some/all/none of, a lot of, lots of, a part of, rest of, a couple of
a handful of,

Note: a number of + plural noun takes a plural verb because it means
“many’:

lots of can take a singular or plural verb:

lots + infinitive takes a singular verb because it is a substitute for
much:

In sentences like these the verb agrees in number with the noun placed alter of because that is treated as the head of the whole phrase:

This/that kind of climate does not agree with me. (climate)

This/that sort of behaviour is in bad taste. (behaviour)

Note: these/those + kind of/sort of/type of + noun
In this construction, too, the verb agrees with the noun placed after of, not with the singular noun before it:

However, this construction is permissible only in a colloquial style, not in written English because of the conflict here, i.e., lack of concord in number between the plural demonstrative and the singular head.

In this construction, a singular collective noun + of + noun is used as a unit to denote a single undivided group of people or things:

In sentences like these the verb is singular because the number of the verb is determined by the singular collective noun, and not by the plural noun placed after of.

A collective noun can take a singular or plural verb. It takes a singular verb when it denotes the group as a single whole, i.e. people or things taken together:

It all depends on the point of view of a speaker or writer whether a collective noun is treated as singular or plural. The choice of pronouns also has to be consistent:

Both are equally acceptable.

A vacillation between singular and plural results in unacceptable sentences like the following:

In current English, a plural verb for a collective noun is preferred when it is used with a possessive adjective + noun:

Name of the team

In the world of games and sports the name of a state/country/institution denotes a team. It is usually considered a plural collective noun, so it takes a plural verb:

The name of a capital city/seat of political power is treated as a singular
collective noun; it is used with a singular verb:

A noun (singular or plural) denoting the name of a place/institution or the title of
a book takes a singular verb:

A few nouns always go in pairs, so they are called ‘inseparables’: scissors, shears, trousers, pliers
Since they are undoubtedly plural they take a plural verb. However, when preceded
by ‘a pair of’, they take a singular verb:

Distributive pronouns (each/either/neither) are always singular whether or not they are followed by of + plural noun; so they go with singular verbs:

In this construction, too, a singular indefinite pronoun goes with a singular verb

The principle of proximity/attraction allows concord to be decided by the word placed nearest to the verb, and not by the ‘real’ subject.

The principle of proximity/attraction is often invoked to justify the use of a plural verb in this construction. Traditional grammar demands a singular verb here. A plural verb is permissible only in colloquial style.

all When all means ‘everything’ it takes a singular verb, but when it refers to a plural noun, it takes a plural verb:

When none refers to a plural noun/pronoun it optionally takes a
plural verb:

In this construction, none can go with a singular or plural verb:

The current trend is to prefer a plural verb.

In this construction the verb is always singular because not one/no one is indisputably singular:

When some/any refers to a singular uncountable noun it takes a singular verb:

much/little denotes quantity, so it takes a singular verb:

It is + noun/pronoun (antecedent) + relative pronoun

In this construction, the antecedent is the noun/pronoun placed after the verb be. The antecedent is not it. So the relative pronoun agrees in the number person with the noun or pronoun, not with the empty It.

Note: antecedent + and/or + antecedent + relative clause
When antecedents (singular or plural) are joined by and, the relative pronoun takes a plural verb because the antecedent is plural.

But when the antecedents are separated by or, the relative pronoun
agrees with the one nearest to it:

The verb be agrees in number with the subject, not with the complement:

In this construction a complement (singular or plural) has no say in influencing
concord. So we don’t say:

In this construction the subject is it, so the verb is always singular is/was, and
not was/were’:

In this construction the verb agrees with the subject, and not with the noun pronoun used in apposition to the subject:

Note: Such adjectives don’t form their plural by adding s/es. But black and white take an to denote people, so the blacks/the whites always take a plural verb. They are singular in form but plural in sense.
When the + adjective denotes a quality or substance, it takes a singular verb:

(not, More than one boys are absent.)

More + plural noun + than one

In this construction, more takes a plural noun, so a plural verb is required:
More proposals than one have been forwarded. (not, has been)

Many a/an + noun
Many a/an has a plural meaning, but it modifies a singular noun, and therefore
it goes with a singular verb:

Two singular nouns joined by and form a pair and denote a singular object or concept. When used as subjects they are called parcel subjects. They always take a singular verb:

Slow and steady wins the race, But a parcel subject takes a plural verb when the complement is plural:
Food and shelter are the bare necessities of life

Other kinds of singular nouns

Singular nouns joined by and, but modified by nodeach/every take a singuld

But numerals that are treated as mere numerals, not as an arithmetical expression do take a plural verb when they are joined by and. It is equivalent to noun + and + noun:

In this construction the subject is the noun that precedes the connectives such
as as well as, like, with etc:

These connectives behave like separators because they are placed between two nouns/pronouns to separate them, not coordinate them, so a noun/pronoun placed after as well as etc. does not affect the verb.

As well as is normally used to join two subjects of the same number and person:

The verb agrees with the first subject when the two subjects are of different numbers and person:

This construction is pedantic and artificial and is not to be used in common speech. Instead one may shift the as well as part to the end:

Another device to avoid a cumbersome construction is to replace as well as by so, usually preferred in speech:

Not only … but also

When subjects are joined by not only but also, the verb agrees with the last, that is, with the subject nearest to it.

In this construction the plural subject is usually placed last:

The subject of a sentence like this is nothing, and not the noun placed alter but so it always takes a singular verb whether the latter noun is singular or plura

In this construction, singular subjects of the third person take a singular verb, i.e., when both the conjuncts are singular:

Current English requires a singular verb here because subjects are separated, not coordinated by either.. or/neither.. nor.

With plural conjuncts the verb is naturally plural:

With subjects of different number and person, the verb agrees with subject nearest to it:

He or his friends have stolen my watch.

But in a question, a singular subject is usually placed nearest o the wet
(This is a result of subject-auxiliary inversion in questions):

In there constructions, the verb agrees with the real subject, ie. with the noun pronoun placed after it; there is only a dummy subject: