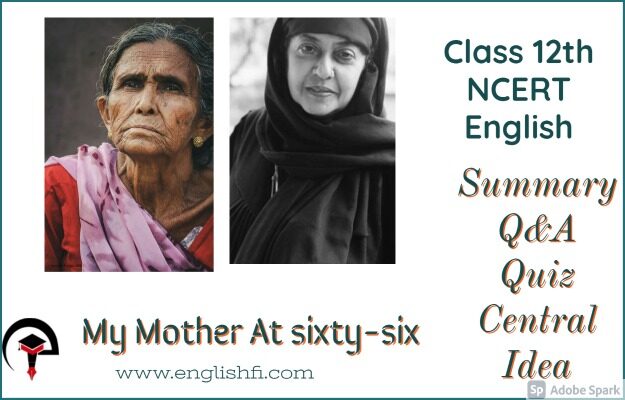 Today, I will dive in deep to explain the Poem ‘ My Mother at Sixty-six by Kamla (Surayya) Das. I ensure you will get a complete idea to write the summary, central idea, and explanation of the poem orderly. You will be able to write the specification and figure of speech used in this poem too. After reading this page you will find the secret to score outstanding marks in the board examination.

About The Poet: Kamla Das

The poet, Kamala Das (Surayya) was also known by her pen-name of ‘Madhavikutty’. She was born in Kerala. She was proficient in writing composition in two Languages; Malayalam and English. She is considered one of the leading poet of India. Her subject – matter is typically related to relationship, character, personality, sensitivity, social and personal issue. External factors do not reflect in her writings, her writings depict her inner voice and realistic emotions.
Her favorite poem is ‘composition’.

Introduction of the Poem: My Mother At Sixty Six

Summary Of the Poem: My Mother At Sixty Six

This is a heart-touching poem written by Indian poet Kamla Das who would write under the pen name of ‘Madhavikutty’. In this poem, she describes her feeling of motherly love and affection towards her ageing mother.

One day, the poet went to visit her mother. She was on her way back to the airport to return to Cochin. She looked at her mother who was seated beside her in the car. Her mother fell into a gentle slumber and her ageing face – was dull in colour like ash. Her mouth was unclosed and she resembled a dead body. The poet realized that her mother was quite old. She felt pain and sympathy for her. Her mother needed love, affection and care.

In order to switch her glance from her mother face, the poet looked out of the car’s window. There she saw young trees and plant pass by. Little children were running out of their houses into the playgrounds/park. This scene was contrary to the ageing face of her mother. Children’s smiling innocent face symbolised energy, life and happiness.

As they arrived at the airport and the poet was about to leave for the aeroplane, she looked at her mother with her constant eyes once more. Her mother appeared weak and pale just like the moon in the winter season which seems to have lost all its strength. The poet felt the pain and fear of losing her mother. She recalled her childhood when she used to fear losing her mother. As a child, she could not bear to be separated from her mother even for a few second. Now the loss would be permanent as her mother was about to die and she would lose her forever.

The poet did not express her feelings. She smiled and said “see you soon, Amma” because she wanted that her mother should live and they could meet again.

Poem: My Mother at sixty-six

Driving from my parent’s home to Cochin last Friday morning,

I saw my mother,beside me,

ashen like that of a corpse and realized with pain

that she was as old as she looked but soon

put that thought away, and looked out at Young

out of their homes, but after the airport’s security check, standing a few yards

away, I looked again at her, wan, pale as a late winter’s moon and felt that old familiar ache, my childhood’s fear,

but all I said was, see you soon, Amma,

all I did was smile and smile and

Central Idea of The Poem: My Mother At Sixty-six

The central message of this poem is about ageing and degradation of life toward death. It is sheer true and natural law of each soul taken birth on this earth. It also mirrors the helplessness and limitation of mankind who has no control to save anyone’s life though they hold any power or position in their worldly life. It also depicts different stages and phase of human life which shows various colour in terms of feeling and emotions.

Sometime only one person is missing and the whole world seems depopulated.

What is the kind of pain and ache that the poet feels?

When the poet looks at her mother’s face closely, she discovers that she has aged and her end is near. The feeling of her mother being old, needing care and help pains the poet as there is no one to look after her. She feels that her mother can die any moment and that then she will lose her forever. Her childhood fear of losing her mother which was then timely but now, will be forever, resurfaces. The poet feels the pain of her mother’s old age and her helplessness towards her. She has the fear of separating from her mother forever, upon her death.

Why are the young trees described as ‘sprinting’?

The young trees have been personified. When looked at from the poet’s moving car, they seem to be running past. The poet found it to be strikingly opposite to her mother who looked as still as a dead body.

Why has the poet brought in the image of the merry children ‘spilling out of their homes’?

Why has the mother been compared to the ‘late winter’s moon’?

What do the parting words of the poet and her smile signify?

The parting words of the poet show her positive attitude. She overcomes her pain and fear, assures herself and her mother that they would meet again. She is being very brave which is indicated by the use of repetition in the poem:
“smile and smile and smile……

#2. What does ashen face signify?

#3. Driving from my parents home to cochin last Friday..........That she was as old as she looked. Who is the poet of this Poem?

#5. The young trees sprinting because -

#6. Why did the poet put the thought away?

#7. Which poetic device is used in these lines?

#8. Why does the poet 's mother look like a corpse?

#9. Which thought did speaker put away ? 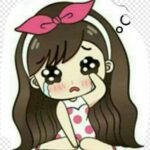