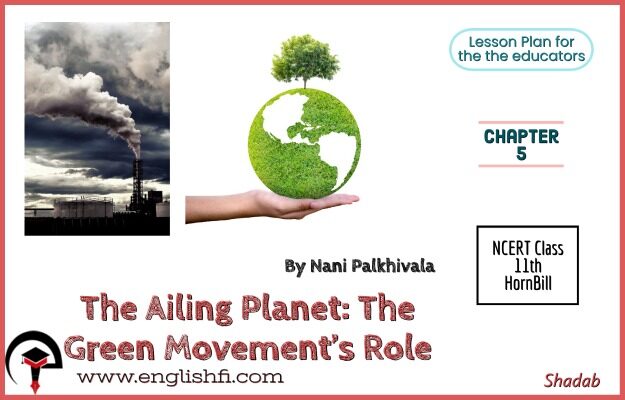 One cannot recall any movement in world history which has gripped the imagination of the entire human race so completely and so rapidly as the Green Movement which started nearly twenty-five years ago. In 1972 the world’s first nationwide Green party was founded in New Zealand. Since then, the movement has not looked back.
We have shifted — one hopes, irrevocably — from the mechanistic view to a holistic and ecological view of the world. It is a shift in human perceptions as revolutionary as that

introduced by Copernicus who taught mankind in the sixteenth century that the earth and the other planets revolved around the sun. For the first time in human history, there is a growing worldwide consciousness that the earth itself is a living organism — an enormous being of which we are parts. It has its own metabolic needs and vital processes which need to be respected and preserved.
The earth’s vital signs reveal a patient in declining health. We have begun to realise our ethical obligations to be good stewards of the planet and responsible trustees of the legacy to future generations.
The concept of sustainable development was popularised in 1987 by the World Commission on Environment and Development. In its report, it defined the idea as “Development that meets the needs of the present, without compromising the ability of future generations to meet their needs”, i.e., without stripping the natural world of resources future generations would need.
In the zoo at Lusaka, Zambia, there is a cage where the notice reads, ‘The world’s most dangerous animal’. Inside the cage there is no animal but a mirror where you see yourself. Thanks to the efforts of a number of agencies in different countries, a new awareness has now dawned upon the most dangerous animal in the world. He has realised the wisdom of shifting from a system based on domination to one based on partnership.
Scientists have catalogued about 1.4 million living species with which mankind shares the earth. Estimates vary widely as regards the still-uncatalogued living species — biologists reckon that about three to a hundred million other living species still languish unnamed in ignominious darkness.

One of the early international commissions which dealt, inter alia, with the question of ecology and environment was the Brandt Commission which had a distinguished Indian as one of its members — Mr L.K. Jha. The First Brandt Report raised the question — “Are we to leave our successors a scorched planet of advancing deserts, impoverished landscapes and ailing environment?”
Mr Lester R. Brown in his thoughtful book, The Global Economic Prospect, points out that the earth’s principal biological systems are four — fisheries, forests, grasslands, and croplands — and they form the foundation of the global

economic system. In addition to supplying our food, these four systems provide virtually all the raw materials for industry except minerals and petroleum-derived synthetics. In large areas of the world, human claims on these systems are reaching an unsustainable level, a point where their productivity is being impaired. When this happens, fisheries collapse, forests disappear, grasslands are converted into barren wastelands, and croplands deteriorate. In a protein-conscious and protein- hungry world, over-fishing is common every day. In poor countries, local forests are being decimated in order to procure firewood for cooking. In some places, firewood has become so expensive that “what goes under the pot now costs more than what goes inside it”. Since the tropical forest is, in the words of Dr Myers, “the powerhouse of evolution”, several species of life face extinction as a result of its destruction.
It has been well said that forests precede mankind; deserts follow. The world’s ancient patrimony of tropical forests is now eroding at the rate of forty to fifty million acres a year, and the growing use of dung for burning deprives the soil of an important natural fertiliser. The World Bank estimates that a five-fold increase in the rate of forest planting is needed to cope with the expected fuelwood demand in the year 2000.
James Speth, the President of the World Resources Institute, said the other day, “We were saying that we are losing the forests at an acre a second, but it is much closer to an acre-and-a-half to a second”.

Article 48A of the Constitution of India provides that “the State shall endeavour to protect and improve the environment and to safeguard the forests and wildlife of the country”. But what causes endless anguish is the fact that laws are never respected nor enforced in India. (For instance, the Constitution says that casteism, untouchability and bonded labour shall be abolished, but they flourish shamelessly even after forty-four years of the operation of the Constitution.) A recent report of our Parliament’s Estimates Committee has highlighted the near catastrophic depletion of India’s forests over the last four decades. India, according to reliable data, is losing its forests at the rate of 3.7 million acres a year. Large areas, officially designated as forest land, “are already virtually treeless”. The actual loss of forests is estimated to be about eight times the rate indicated by government statistics

A three-year study using satellites and aerial photography conducted by the United Nations, warns that the environment has deteriorated so badly that it is ‘critical’ in many of the eighty-eight countries investigated.
There can be no doubt that the growth of the world population is one of the strongest factors distorting the future of human society. It took mankind more than a million years to reach the first billion. That was the world population around the year 1800. By the year 1900, a second billion was added, and the twentieth century has added another 3.7 billion. The present world population is estimated at 5.7 billion. Every four days the world population increases by one million.
Fertility falls as incomes rise, education spreads, and health improves. Thus, development is the best contraceptive. But development itself may not be possible if the present increase in numbers continues.
The rich get richer, and the poor beget children, which condemns them to remain poor. More children do not mean more workers, merely more people without work. It is not suggested that human beings be treated like cattle and compulsorily sterilised. But there is no alternative to voluntary family planning without introducing an element of coercion. The choice is really between control of the population and perpetuation of poverty.
The population of India is estimated to be 920 million today — more than the entire populations of Africa and South America put together. No one familiar with the conditions in India would doubt the hope of the people would die in their hungry hutments unless population control is given the topmost priority.

For the first time in human history, we see a transcending concern — the survival not just of the people but of the planet. We have begun to take a holistic view of the very basis of our existence. The environmental problem does not necessarily signal our demise, it is our passport for the future. The emerging new world vision has ushered in the Era of Responsibility. It is a holistic view, an ecological view, seeing the world as an integrated whole rather than a dissociated collection of parts.
The industry has the most crucial role to play in this new era of responsibility. What a transformation would be effected if more

businessmen shared the view of the Chairman of Du Pont, Mr Edgar S. Woolard who, five years ago, declared himself to be the Company’s “Chief Environmental Officer”. He said, “Our continued existence as a leading manufacturer requires that we excel in environmental performance.”
Of all the statements made by Margaret Thatcher during the years of her Prime Ministership, none has passed so decisively into the current coin of English usage as her felicitous words: “No generation has a freehold on this earth. All we have is a life tenancy — with a full repairing lease”. In the words of Mr Lester Brown, “We have not inherited this earth from our forefathers; we have borrowed it from our children.”